MOPSLINGER OR: HOW I MOPPED 6000 SQUARE FEET THE HARD WAY (BUT NOT THE REALLY HARD WAY BECAUSE I WAS USING MICROFIBER)

Let me tell you a story about the time I found myself with 6000 square feet of polished concrete that needed a moppin’ and I was woefully under equipped. I felt like a gunslinger in a western movie that was ready to take on a gang of banditos all by himself. Only my opponent was a banquet hall the morning after my niece’s first birthday party. Cue the theme from the Good, The Bad and The Ugly.

So there I was… face to face with 6000 feet of the dirtiest, ugliest, no good concrete floor this side of the Mississippi. The night before this place was rocking like a saloon in a boom town, you know how wild first birthday parties can be! The morning after it was a sight to behold, enough to make a custodian shake in his boots. It made me as nervous as a long tailed cat in a room full of rocking chairs. We were tasked with cleaning up after the event. I was giving the job, by my sister-in-law who I love taking orders from, of mopping the floor… which came with the quip “isn’t that what you do for a living anyway?” “Yes, proudly I reckon.”

I made a mad dash to the mop closet. Nothing but a mildew covered cotton string mop and a bucket full of dirty water. Talk about taking a knife to a gun fight. I wouldn’t last two seconds armed with that artillery. Then I remembered… years prior to this showdown I sent my mother-in-law a Microfiber Mop System. She never used it. To you guys I may be a mopslinging hero, but to my mother-in-law, I’m, well… just a son-in-law. A wise man once said “A prophet is not without honor except in his own town, among his relatives and in his own home.” But I digress. 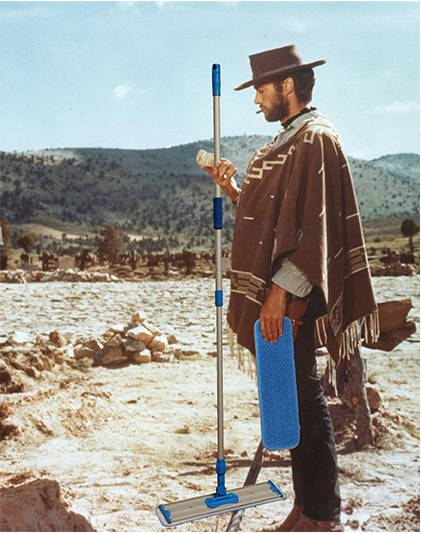 I jumped on my trusty steed and rode to my mother in laws to grab the mop kit. Eureka! There it was… in the same box I had shipped it in years ago. I armed myself with the mop and headed back over. First, I used the microfiber dust mop to make quick work of the entire space [That’s poetic license, in reality it took quite a while. Mopping up that much space with just one 18″ dust mop pad takes a long time. I was constantly brushing the debris out of the mop to keep going. I was truly outgunned] Then on to the wet mopping. I filled up a bucket full of ammo (hot water) and started firing with my six shooters (wet mop pads) until every square inch of that saloon was clean! [Again, a little bit of poetic license. Mopping that much space with just two wet pads isn’t fun. Ideally you’d use a much larger mop handle and frame, like 36″ or 48″ and have lots of pads to swap out as they got saturated with soil.] After I The banquet hall had never been so clean!

I was grinning like a weasel in a hen house as I rode off into the sunset. 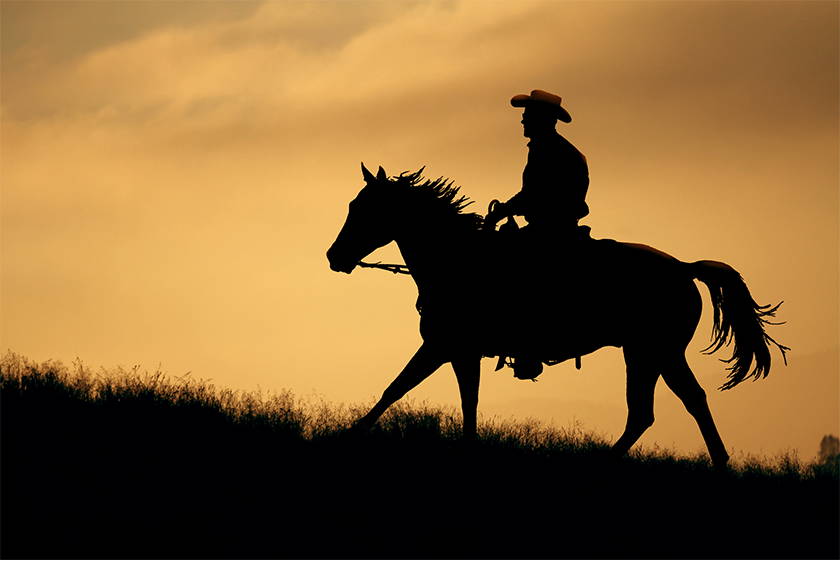 Melissa Homer is a professional cleaning expert with over 20 years experience in the commercial and residential cleaning industry. She is a highly trained cleaning professional, business consultant, and educator that specializes in cleaning product testing and research, premium surface care, cleaning safety, cleaning procedure efficiency, training documentation, and cleaning damage repair. Melissa has worked for some of the biggest names in the professional residential cleaning industry, including P&G Professional and MaidPro. She has been interviewed and quoted in numerous leading publications such as Martha Stewart Living, Real Simple, Consumer Reports, Better Homes & Gardens, U.S. News & World Report, and The Washington Post.

✔️ Discount code found, it will be applied at checkout.

Discount code cannot be applied to the cart. Restrictions may apply or the cart may not contain the correct items to use this discount.

The discount code cannot be applied to the cart. Please ensure the cart meets the requirements to apply this discount code.

Discount code cannot be combined with the offers applied to the cart.